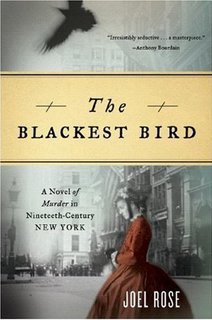 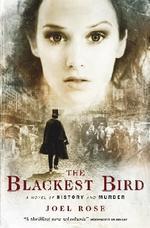 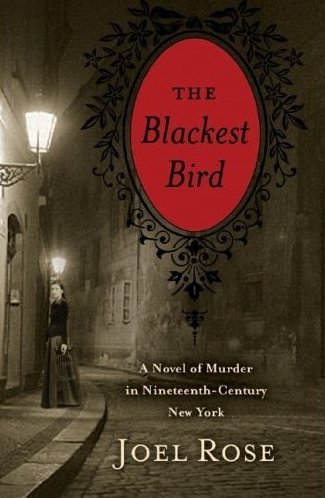 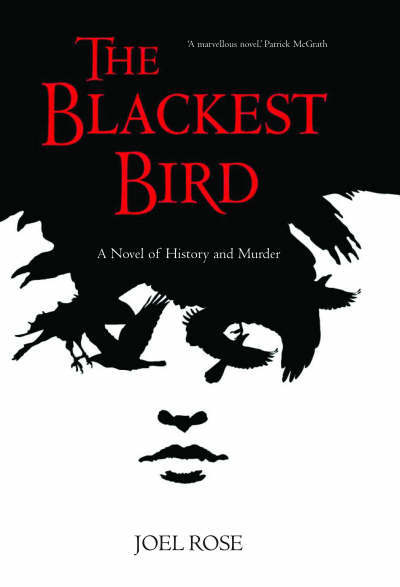 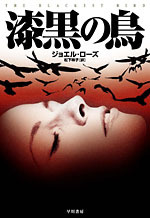 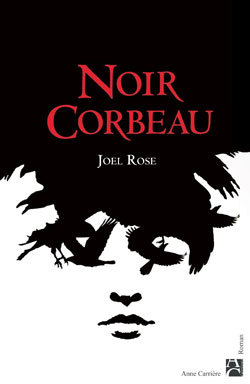 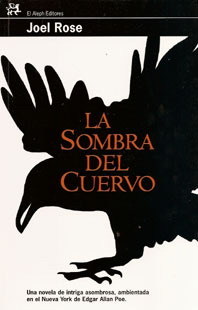 In the middle of the sweltering New York City summer of 1841, Mary Rogers, a popular counter girl at a tobacco shop on Manhattan's Broadway, is found ravaged and savagely beaten to death in the shallows of the Hudson River. The task of finding her killer falls to High Constable Jacob Hays, the city's first detective. Nearing the end of a long and distinguished career, Hays's investigation will ultimately span a raucous decade, and involve the ferocious gangs of the Five Points, grave robbers, and clues hidden in the poems and stories of the hopeless romantic and minstrel of the night, Edgar Allan Poe.

"In The Blackest Bird Joel Rose has caught the wild spirit of Edgar Allan Poe's New York with terrific panache. It is a vivid picture of the city in the full flush of its rambunctious youth, teeming with big, brash characters and driven by a relentlessly entertaining narrative. A marvelous novel."

--Patrick McGrath, author of Asylum and Port Mungo
"An irresistibly seductive behemoth of a book. Murder, mystery, historical novel, portal to another time, you'll lose yourself for days on end in the perfectly depicted characters, atmosphere and low life of nineteenth-century New York. The Blackest Bird is a masterpiece."
--Anthony Bourdain, author of Kitchen Confidential and Bone in the Throat

"…A wonderful premise, and the material, both historical and literary, could not be more fertile….a book that attempts to make sense of the literary and cultural past. [Rose’s] ability to reimagine historical events and characters and his drive to produce a complicated and accurate image of a lost New York through fictional re-workings is admirable….Rose demands that we see ourselves in living relationship to a seedy and violent past, and he holds up the lawmen and the poets of that era as our cultural forefathers—for ill, in most instances, rather than for good. He gives to the wives and daughters of those men a Cassandra-like power of deduction borne of their very subjugation, and a presentiment of change that is, of course still to come; Rogers, the dead girl at the book’s core, is matched and given a sort of redemption in the figure of Olga Hays, the living woman who can read the meaning of her death. And best of all, Rose tosses us into the deep end of a literary inheritance we’ve all but forgotten.

"Anyone who loves New York should read this novel, as well as anyone bound up in a sadomasochistic relationship with 19th century American literature."

"The seamy sidewalks of Manhattan have been Joel Rose’s literary turf for a quarter-century…So it’s no surprise that Rose’s new novel, “The Blackest Bird,” begins with a gruesome murder, includes several more violent deaths, and has as its cast of characters vicious gang members, slimy politicians, grave robbers, decadent authors, and exploitative publishers—all pursuing their wicked ways in the darkest corners of 1840s New York…atmospheric…sinister….In Rose’s New York, the bad guys frequently come out on top, if not precisely unscathed, and “The Blackest Bird” is no exception."

"….As with Julian Barnes’s imagining of Arthur Conan Doyle in Arthur & George, Rose brings Poe back to life in order to see whether the detective writer would make an able detective in the real world….Conversant with New York gangs and the city’s dark side in general, [Poe] possesses the noir negative capability Rose believes in."
--Book Forum

"…In this shadowy tale, Rose moves the reader through Old Manhattan’s literary and gang-infested demimonde, where people commit senseless acts of violence as if they were part of their daily routine. Think Caleb Carr’s The Alienist, only bloodier."

"…Rose creates a compelling portrait of nineteenth-century New York as well as fascinating, deeply flawed characters. At the center of his novel is the dissolute Poe, dressed in tattered coat, heavily addicted to opium, and convinced of his own genius. Part history, part mystery, and thoroughly entertaining."
--Booklist

"Rose takes on one of the most celebrated unsolved murders in New York City history, the 1841 killing of Mary Rogers….The author provides a convincing portrait of the New York literary world of the day."
--Publishers Weekly

"….The excitement of chasing grave robbers, life on death row in the Tombs, and the filth and sickness of the city immerse this novel in an atmosphere of uncertainty and change. The famous names and places it features bring intrigue and dark passions to play with a familiar history and literature. A good mystery."
--Library Journal

"A thrilling new whodunnit. New York's answer to the Jack the Ripper murders."
--Independent on Sunday

"Dense with clues, making the deciphering exhilarating. An engaging window onto the petty pilfering and brutal bloodshed of a young New York."
--Daily Telegraph